The Archaeological museum in Bologna is located just off Piazza Maggiore in the Ospedale della Morte which was built in the 15th century. Based on the university collections the museum’s holdings have been added to over the centuries and it now has a large collection from pre-history to Gallic Bologna. As well as local finds it holds an important Egyptian collection in the basement. 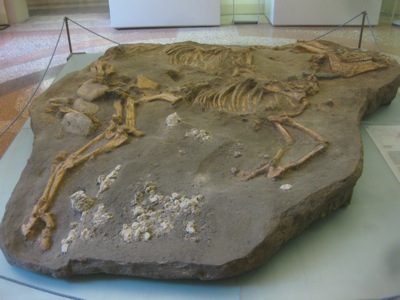 Prehistoric skeletons of two horses greet the visitor in the first room of the museum. These are remarkably well-preserved and capture the elegance of the animals that lived thousands of years ago. Pieces in this part of the museum date back over 800,000 years! 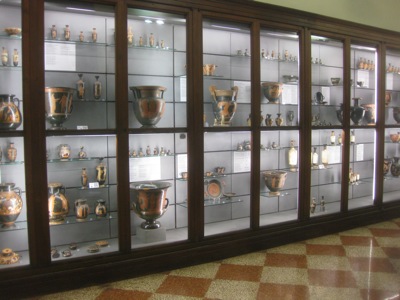 Every museum worthy of the name has a room full of old pots and the museum’s collection is especially rich in ceramics. These date from the Attic period (circa 500 BC), although there are also many examples of later Italic ceramics. One of the stars is an Apulian hydria, designed and coloured in rich reds and oranges on a black background. Production of red-figured vases started in Sicily, growing quickly after the decline of Athens after the Peloponnesian War. As well as high-class pieces there are also representatives of common-wares, rom an impasto, produced and used through out the Roman world. 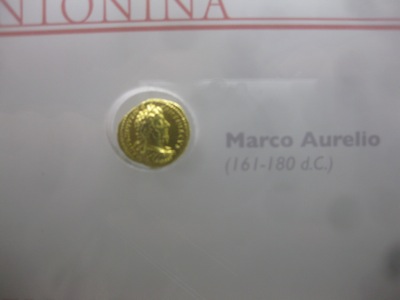 Where the museum really shines is in its collection of coins from ancient Rome. All of the Emperors and leaders are represented from Giulio Cesare to Arcadio. It is a fantastic collection of coins and very well displayed, allowing you to see the profiles of all the heroes and madmen who led Rome. Presumably the images were OKed by the Emperors and their advisors and it is interesting to see what foibles and defects they allowed in their depicitions. Nero is not sympathetically portrayed and may have had the designer of his coin executed. 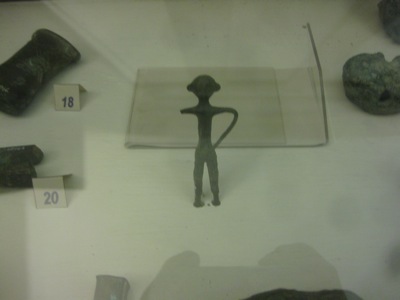 Often the most delightful sights in a museum are not the big, stellar pieces, but the little, unexpected things in small cabinets away from the main buzz of visitors. This little Etruscan fellow is one such example. When we visited there was a temporary exhibition entitled ‘Il Vero e Il Faso’ – The real and the false. 2500 years of coin forgery history!  You might think that is a long time, but as the exhibition tells us, ‘Coin forgery is as old as money itself.’ Plus ca change.

Click on the ticket below for more information about the museum: 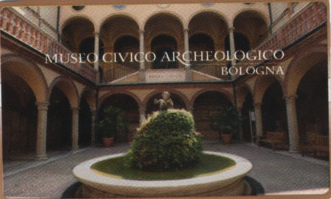