Artisan sloe gin makers from across the world gathered at The George Inn in Frant on the Kent/Sussex border near Tunbridge Wells, to vie for the coveted ‘Sloe Ginster World Champion’ title for 2015.

The winner, for the second year running was Glasgow-based “liquid deli” Demijohn, who were again crowned Sloe Ginster World Champion. Their winning sloe gin was described by judge and former world champion Dave Bennett as, “Not too sweet, not too dry and a perfect drink for the winter.” 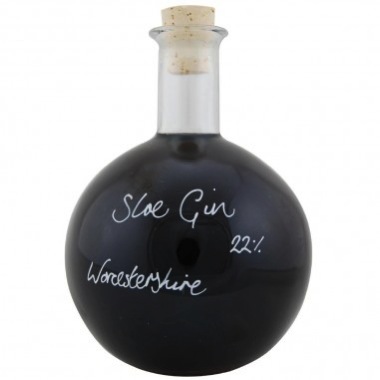 It is based on a family recipe dating back to 1842 and is made by husband and wife team, Colin and Phyllis Hingston, in Worcestershire. Although the recipe, which uses London dry gin, is a closely guarded secret, Demijohn MD Angus Ferguson advises those making their own concoction “Never infuse for less than 10 months to ensure a rich and deep flavour.”

What makes Demijohn’s Sloe Gin even more special is that the Demijohn team shuts up shop in the autumn and treks to the Galloway hedgerows to pick sloes to ensure the producers have enough to cope with demand.

Due to the fact that sloes grow wild on the blackthorn bush in only certain places Demijohn scours the land for good, juicy sloes which are then steeped in London Gin for many months with sugar to create what is now officially the world’s best Sloe Gin.

The silver medal went to Master of Malt’s Bath Tub Gin, which is made locally in Tunbridge Wells, whilst the bronze medal went to a former winner Sloe Seduction from Marden in Kent. The home made category, which attracted more than 20 entries, a record number, was won by Kevin Wadley of Dartford and Curiously Kentish, based in Birchington in Thanet, won the award for Best Liqueur with its Sloe Vodka

The poor summer provided ideal growing conditions for sloes or drupes – the bitter fruit of the blackthorn bush and foragers are now eagerly awaiting the first frost, after which, by tradition, the berries are harvested.

All proceeds from the event were donated to the MS Society which supports people with Multiple Sclerosis.

Links to get your Sloe Gin!