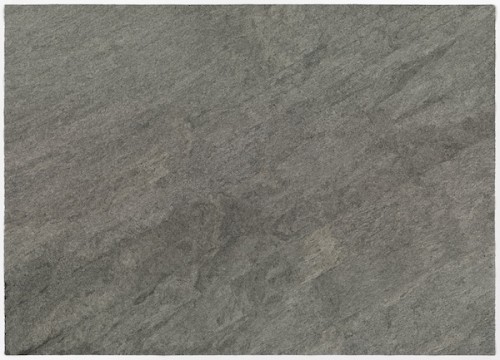 One day, while preparing lunch, I noticed the puzzled expression in the mirror over the kitchen sink. I looked myself in the eye and said, ‘You look like a biologist beating his brains out about a camel-something with wings and a fishtail, the size of an ant.’ In a way, this far-fetched comparison was correct. I was thinking about Art, no doubt, a matter of great puzzlement. As I see it, Art is a product of western civilization. It is permeated with the scientific spirit essential to Western culture. With its origins in the illuminated breviaries from the Middle Ages – such as the Ebbo Gospels – it has a lasting link to literacy, and thus to knowledge, reality and truth. Hence, the Theatrum Mundi mentality of its producers. Artists give the public a glimpse into the world, seen through their eyes, i.e. the eyes of exceptionally gifted people. In 1917, Marcel Duchamp had demonstrated that Art was over. Yet, judging by the works of art which were currently produced and traded, his conclusion had not been understood. Finding a way to spell out that ‘Art is a thing from the past’ seemed a mission impossible. Hence, the puzzled expression on my face.

After lunch, I lay down on the couch in my study. Smoking hookah, I racked my brains. Maybe, it would be better to invent some new forms of creativity. Instead of fighting a battle, we, creative people, needed to make an active contribution to the opening up of new avenues. But, how on earth could we do this? After some puffing and coughing, it dawned on me that in the world in which I lived Art could not mediate in disputes between people with different cultural backgrounds because of its inherent Illuminated-Western-Cultural approach. The fact that all over the world, academic trained artists made works which everyone everywhere would agree upon as being Art, does not contradict that assertion. It is not because people identify something as Art that they identify themselves with it. It is not because Art is universally acknowledged as being Art, that people do not experience it as something alien. It is not because Art is universally recognized as such, that it is universally consistent with all possible cultures. Art is depends on culture just like everything else, and the culture which it is dependent on, is Western culture. Taking into account the fact that from east to west, from north to south, from the arid deserts to the snow-capped mountains, conflicting cultural values constitute a major obstacle, not to say the main obstacle on the path to peace, I eventually came to the conclusion that new forms of creativity should enable people to come together. Therefore, the new forms of creativity should not be culturally determined. The new forms of creativity that I had in mind should provide a kind of middle ground; some sort of playground, where people with different cultural backgrounds could meet to play together for recreation – in the broad sense of enjoyment.

‘Right’, I said jumping to my feet. ‘To begin with, let’s try to establish a checklist for new creative work’. I sat down at my desk and started working. The result is a set of ‘Guidelines for New Creative Work’, which I present below in the form of a checklist, together with a picture of an experimental drawing which, I think, meets the requirements. All of this, is of course, open to discussion.

New creative work must be:

– socially accessible (everyone should be able to enjoy it)

– inimitable (it should be a hopeless task to try and reproduce the work; requires too much effort, perseverance, time, etc. to produce a copy of it)

– devoid of meaning (expresses nothing – no feelings, no beliefs or ideas)

– sensory (can only be experienced through the senses)

– fascinating (it attracts and delights)

1 Comment on Food for Thought by Joan Hus: Guidelines for New Creative Work