Though it had been, for the longest of time, a powerful search engine by which much information has been passed to the individual, in recent years Google has emerged as a multitude of tools for internet users by providing navigation, email, a word processor, web browser, developer tool kits, and even an operating system just to name a few.

Lingering on the first item: Navigation. Google set itself apart from other map providers not too long ago with the StreetView tool: the ability for to plop one’ self down on a street and walk about in the first person. Innovative? Very. Invasive? Mildly.

However just recently a blip on the radar has come up for Google. The developer studio, Pool, has gone to great measures to create a large and extremely realistic world in which one may play a First Person Shooter. And so comes along Google StreetShoot. 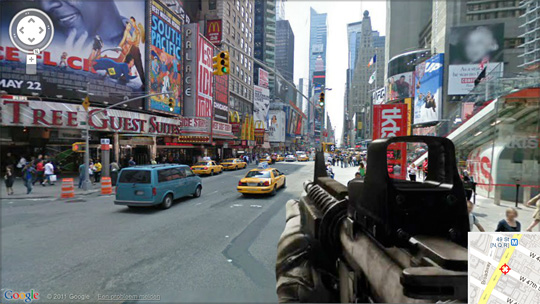 While of course StreetShoot is not the pinnacle of shooting technology (in that there are not any other enemies or players, rather just a room in which you can enjoy shooting town centers in the most realistic way possible), it does represent a coming ‘theme.’ On one hand, it means technology has advanced to the point where our own world is so accessible we are able to digitalize it and play with its facets as we wish; on the other, it means our wanting of entertainment has changed a good deal more than we expected before. 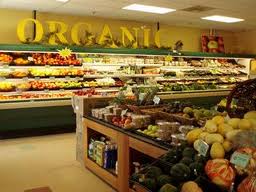 By that last statement I mean to say that in the first days of embryonic gaming, what really pushed games to success was the fantasy element in them we could have no hope of replicating in reality. In time in memoriam, we all loved an escape from nature and the world of stress and work. However it would seem that this has become the exception rather than the rule, and by many different ways we have, despite our growing sense of isolation, grown more obsessed with the natural world again: we prefer ‘natural’ vegetables, 100% real beef, or coffee made from freshly harvested beans!

This extends into video games when a selling point of a game becomes the ‘Fully destructable environment’ or its ‘Finely textured landscapes.’ And while it is great that technology has allowed us to create worlds that look nice, one cannot truly agree that it is okay to allow the importance of such things begin to surpass the importance of good games.

ShootView seeks to bring the real world to your mercy and give you the long sought after ability to march over to your place of employment and rain machine gun fire down upon the front door, and while that idea seems a bit inticing, the reality is: gameplay wise, this game is nothing memorable at all, but because it is real it must be great, and so it is now popular!

Is this an issue in the industry now? Eh, a little bit. Can it emerge as one? Almost certainly. Is StreetShoot a bit frightening then? As sure as you’re born.