Leading artists including David Hockney, Sir Antony Gormley, and Sir Peter Blake have committed artworks to the It’s Our World Auctions in support of The Big Draw, to be held at Christie’s, King Street, on 10 March 2016. 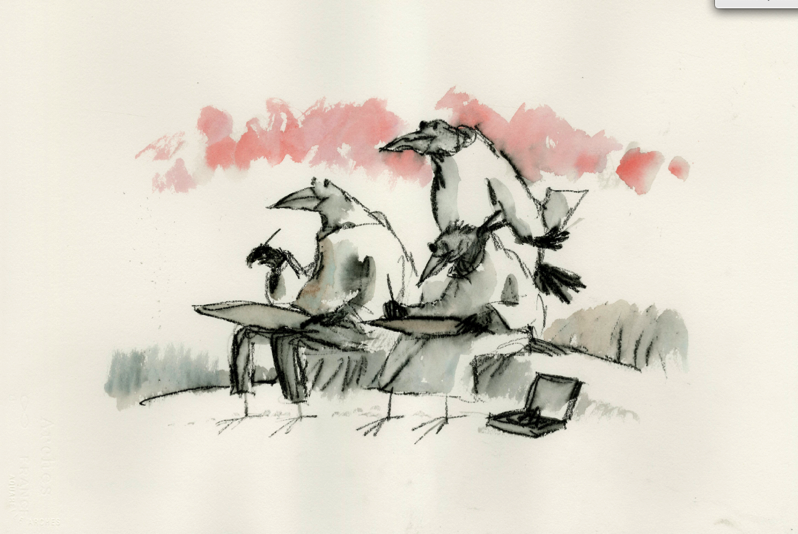 The auctions will raise money for The Big Draw – an arts education charity that works across the UK to promote visual literacy and demonstrate how the universal language of drawing changes lives. The auctions’ environmental theme aims to both celebrate the environment and to champion the importance of protecting it for future generations.

“I have pledged my support because drawing is fundamental to all art”, said Sir Antony Gormley RA CBE.

The auctions are being held as the culmination of It’s Our World, a far-reaching environmental arts project. Over 30,000 children and young people across the UK created artworks, either individually or collaboratively, to record and show concern for their local landscape, wildlife, coastline or neighbourhood. Artworks in a colourful variety of media and approaches have been uploaded onto an Online Gallery by schools, colleges, community groups and The Big Draw event organisers. The collection will be preserved for the nation by The British Library as part of the UK Web Archives.

“Protecting the environment is a global issue. Art, and drawing in particular, is a universal language that can help to promote sustainability for future generations”, said Sue Grayson Ford MBE, Founder of The Big Draw

Launched in 2000, The Big Draw is the arts education charity behind the world’s biggest drawing festival. Held throughout October, every year it involves over 400,000 participants from 3 to 103 years old in 26 countries, as far afield as Vietnam, Columbia, China, USA, India and Brazil. The charity’s year-round programmes champion drawing’s vital role across all sectors, and pilot collaboration, research and innovation to demonstrate the social, economic and health benefits of drawing.

The live auction of works by established artists will be held at Christie’s from 6.30 pm on the 10 March 2016 followed by an online auction that will run from 10 – 24 March.

Orlando Rock, Chairman, Christie’s UK comments:
“Christie’s is pleased to support ‘It’s Our World’ and ‘The Big Draw’ with a Live Auction followed by an Online Sale to help them to broaden educational opportunities for the next generation of artists and environmentalists across the globe. Artists such as Sir Antony Gormley and Yinka Shonibare have committed works of art to be sold at auction in the hope of benefiting these pioneering charities. We look forward to spirited bidding on the night for a wonderful cause.”