I first met Philippa Found, Director of the ROLLO Gallery and curator of the Body in Women’s Art Now exhibition series, when I was still a student, at the private view of Part 1: Embodied in the New Hall Art Collection. Three years and three exhibitions later I have come to Cleveland Street to see the final part in its home, the ROLLO gallery.

This exhibition includes digital work; videos, both montages and documentaries, along with performance art works by avatars and Twitter transcripts, by the artists Gazira Babeli, Helen Carmel Benigson, Anne-Marie Schleiner and Miri Segal.

I admire Found because her approach is academic, and curation, particularly in commercial galleries, does not need to be academic. Inspired by Tracey Warr’s book on The Artist’s Body Found’s intention was to curate three shows which would represent the next three chapters of the book, exploring the body in women’s art from the year 2000 onwards.

Three years ago Found had only a sketch of a plan for the genesis of the series; part 2 and 3 were provisionally ‘Transgressive Bodies’ and ‘The Body Remade’ but have grown to become ‘Flux’ and ‘Recreation’. 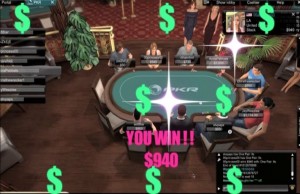 Helen Carmel Benigson- Why U Shouldn’t Date A Soldier, 2011, Courtesy of the Artist and ROLLO Contemporary Art

I want to know if the realisation has matched Found’s initial vision? In many ways it seems to have exceeded expectations; ‘Recreation’ looks towards the future, it is examining the “new” in its exposure of an emerging interest in the relationship between art and digital technologies. Found believes the shows have come ‘full cycle’; while Part 1 still bore the traces of work from the 60s and 70s, and Part 2 the bad girls of the 90s, Part 3 looks definitively and affirmatively towards the future.

Found’s work with the ROLLO-represented artist Helen Carmel Benigson, rapper alias Princess Belsize Dollar and spunky multimedia artist skyping performances from LA, has led her towards the theme of Part 3. Benigson was included in Part 2, but now her printed scroll of Tweets ‘Tweeting Even Though No-One is Listening’ and her video ‘Why U Shouldn’t Date a Soldier’, layering clips from You-Porn with chat rooms of internet gambling forums and bright cut-outs of sushi, in Part 3, are a window onto Found’s moment of curatorial revelation. Benigson is fiercely working with new media and this led Found to the realisation that other artists must be doing the same.

The body has been the unifying theme in all three of Found’s exhibition chapters; a breeding ground of tension and challenge in which the oppressive confines of the art historical can be transgressed or subverted, destroyed and remade. Reflecting on ‘Part 1: Embodied’ and the visceral works of Sigalit Landau or Jessica Lagunas, the idea of ‘Recreation’s’ potentially ‘disembodied’ bodies is pertinent. How corporeal can these digital bodies be?

They might seem to be ephemeral, touching only our retinas and certainly not tactile in the way that Nathalie Djurberg’s Claymation or Cecily Brown’s painting is (Part 2: Flux). And how elusive does an artist like Gazira Babeli seem when her only public profile is her Avatar- shown here running through all the possible expressions available to her on Second Life?

But Babeli refers to her work as ‘sculpture’ and ‘performance art’, describing digital in terms of more traditional media.  We may view digital works as being the most ‘ephemeral’ of all art forms and yet there is a digital archive for Second Life, Locus, which means that Babeli’s performance art works executed in front of unsuspecting Avatars are recorded for posterity. They will not ‘deteriorate’ in the way a painting might.

The works on show are the beginning of a conceptual exploration of the ‘new tools’ of digital media. Both Miri Segal’s 30 minute video of Second Life ‘BRB’ and Anne-Marie Schleiner’s ‘Operation Urban Terrain (OUT)’ which takes the military training video MOOT as its point of interest, are kinds of documentary which embody a digital world in order to explore its physical limits.

In ‘BRB’ after a long, intense and graphic sex scene between two avatars the question ‘Are you touching yourself in real life?’ is asked. Segal’s video becomes an ironic look at the boundaries between fantasy and reality on Second Life, where ultimately the digital is only a cipher. The scene lacks intimacy when it can be ‘enacted at the click of a button’, and the discomfort we feel is less about its explicit content and more about the queasy surreal nature of seeking sex through avatars on the internet.

Throughout the series there has been a preoccupation with the viewer, and in particular the male viewer’s gaze. “The naked female body has the problem of being sexualised, in the reductionist eyes of the male” and this has been a fear even with powerfully political work such as Landau’s.

In Part 3 the female bodies seem to follow the design of the male ideal; Benigson can reduce the size of her waist while her chest enlarges; Schleiner dresses up a la Lara Croft to play Moot out on the street, until they seem no more realistic than “mannequins”, or blow-up dolls. Found believes their work represents an “exposure” of this problematic body which is such a pervasive image in our contemporary psychology. ‘ReCreation’ looks to the future in recognising that women artist’s still must fight for the female body, but that the body at the centre of the struggle has changed, it has been ReCreated.

ReCreation might lack the “celebrity names” of Tracey Emin and Cecily Brown which made Part 1 and 2 a draw, but Found suspects that this concluding part will generate the largest response: “I think journalists recognise that this is cutting edge, something new.”  One day we will look back at the phenomenon of digital and internet art and The Body in Women’s Art Now: ReCreation will be somewhere at the beginning of it all.

The Body in Women’s Art Now, Part 3:Recreation will be at the ROLLO Gallery, London until the 2nd March 2012