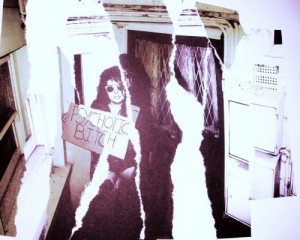 The U.K like many of its western counterparts has a Mental Health Act. This act is used to detain and treat a certain class of people involuntarily. The mentally ill are the only people of adult age in this country who do not have the right to refuse medical treatment, even when they do have the mental capacity to do so.

Mental illness is defined as a psychological pattern of behaviour that is associated with distress or disability and which is not considered part of normal development of a person’s culture. Therefore any ‘abnormal’ behaviour with potentially harmful consequences becomes classified as a mental illness. The problem with the normality standard is that it’s relative concept changing over time and who is to say that what is normal is right?

The rational behind the Mental Health Act is that we need to detain and forcibly treat mentally ill people because they are a danger to society or themselves. This is simply not true. A very small percentage of ‘mentally ill’ people present a danger to public safety and if they do then they should fall under the criminal law branch. The vast majority of the mentally ill present no danger to anyone at all, and their behaviour may only sometimes be significantly damaging to themselves.

What the Mental Health Act does is discriminate against one particular class of people fuelling the stigma already attached to having a mental illness. It is used as tool of the bourgeois for regulating and conditioning behaviour. It labels people who act outside the normal and therefore in an unpredictable manner as ‘ill’. Having a Mental Health Act reinforces people’s perception of what is normal and has the potential revoke the freedom of those who behave differently. Normal behaviour is predictable behaviour and predictability is the foundation of any capitalist society. Market forces operate on the basis of prediction and if behaviour can not be predicted then the market system won’t be able to function. Therefore it is essential that the bourgeois make us conform to the same pattern of behaviour and for us to believe that it is desirable to.

1 Comment on The myth of mental illness, an invention of the bourgeois class