There were 400 hundred vintage cars in the 2013 Mille Miglia, as well as many more on the streets of Brescia that weren’t competing. There were Alfa Romeos and Ferraris, Porsches and Jaguars. Then there were the names that only aficionados have heard of, like Stanguellini, Tojeiro, Lorraine Dietrich and Borgward. However my favourite was none of these. It was to be found parked amongst the Ferraris and Austin Healeys in the Mille Miglia museum. 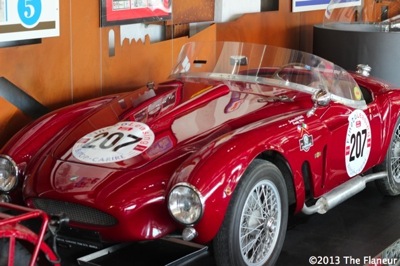 The Moretti 750 Sport is only little but it is very elegant. It is also delightfully eccentric. Most car designs are proudly symmetrical. A wheel on this side, a wheel on that side and so on. The Moretti does follow the prevailing wisdom in having four wheels, but that’s about it. Why bother with two doors, the designers must have asked each other, and finding no good answer they only fitted one. Same with the exhaust pipe. The driver has a dashboard, but the passenger has to make do with a few pegs. 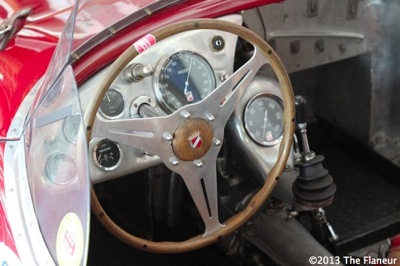 Built in 1953 this Moretti had a 4 cylinder 750cc engine which produced 75hp and 140kph. Not super car figures, but look at the style. Moretti had started making vehicles in 1925 in Turin. He created motorcycles to begin with, but after the war started to build sports cars. 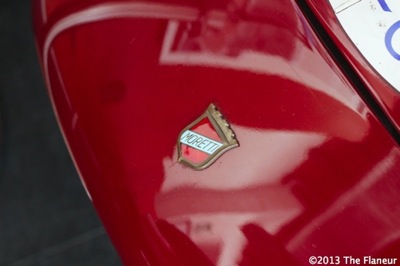 Other Italian manufacturers might be more famous, but if anyone is looking to buy me a present, unable to decide between an Alfa or a Ferrari then get a Moretti instead.