Carpet Bombing Culture have published a new photography book entitled Soviet Ghosts. Full of colour photography by Rebecca Litchfield, it records a project that took Litchfield across the former Soviet Union, exploring the abandoned and decaying parts of the former communist empire. 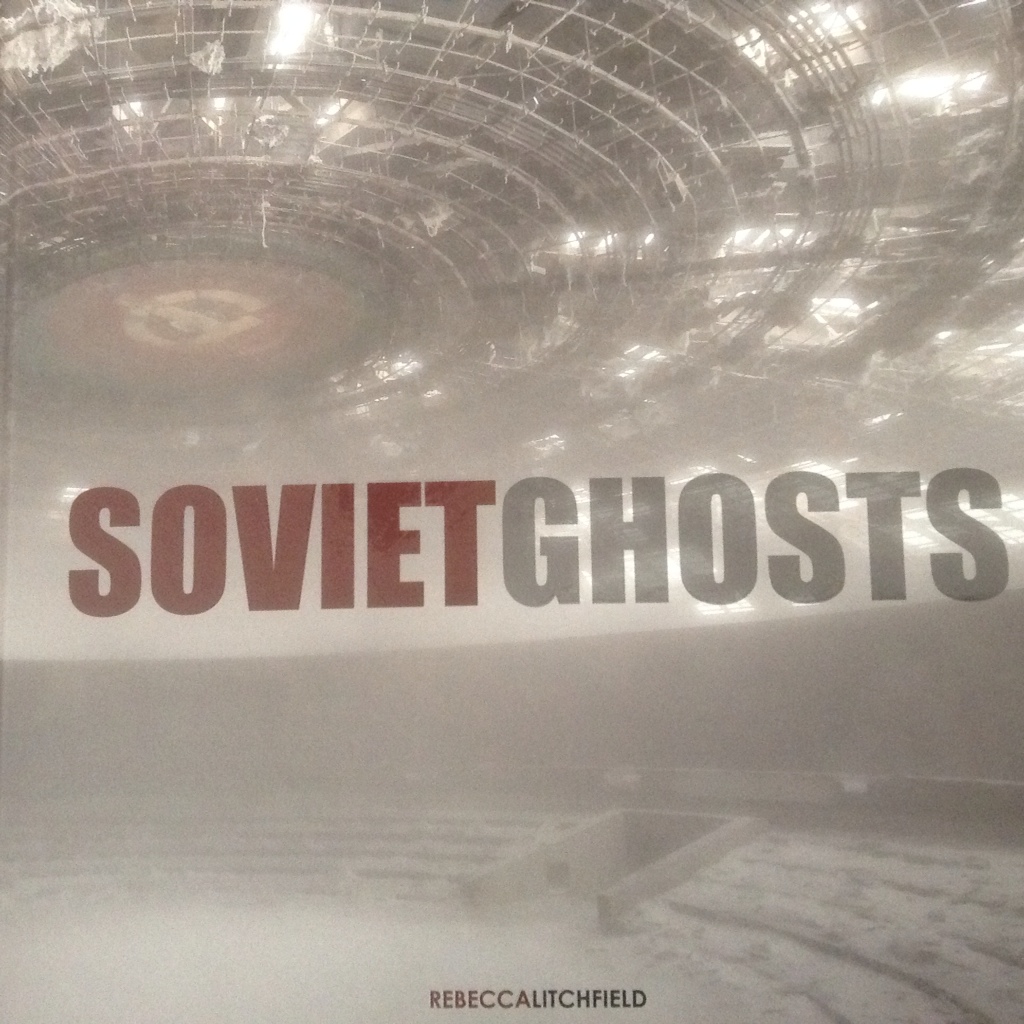 Litchfield is an urban explorer and she has gained access to places previously off-limits to Westerners. You might think this would have taken years of applications and letters in triplicate to high-ranking officials, but the final thank-you in the list of acknowledgements explains much of how she managed it. She thanks 'all the security guards who helped…by not noticing us as we sneaked past to explore these breathtaking places'.

The book she has compiled records a poetic adventure through destruction and decay in a part of the world that is not well known in the West. It includes images from Chernobyl as well as Bulgaria, East Germany and many other East European countries. Abandoned sports centres feature, with uncommunist Basketball hoops, diving boards still standing amongst the smashed remains of the windows. Numbered starting blocks remain, ready to launch swimmers into a graffitied, waterless pool. A theatre in Estonia lies peeling and unused.

Almost entirely the images are wide shots that allow the viewer to gaze at the decay, which becomes strangely alluring. One close up is included, amongst the shots from Pripyat – the town that was forcibly abandoned after the Chernobyl disaster. The image is of a child's shoe, from the kindergarten. It is unnecessary, there is enough poignancy in the images without directing the viewers' attention so precisely.

Unexpectedly there is also a U-475 Russian Submarine, which was photographed in the UK. Information at the back of the book explains it was decommissioned and turned into a museum. It used to carry 22 nuclear warheads. Presumably these have been disarmed.

The images are accompanied by several essays, Art, Propaganda and Culture under Communism making it clear that the Soviet Union didn't immediately reject the avant garde. Until 1934 the Soviet Union encouraged innovation in the arts, producing works such as Battleship Potemkin and Man with a Movie Camera. Other essays cover topics including the Aesthetics of Decay and Cultural Memory.

There is a lot packed into Soviet Ghost's 192 pages. Litchfield sees no difference between the sites of Rome or Machu Picchu and the abandoned sites she photographs. Each is a physical manifestation of the political system that created it, yet also the value attributed to it by contemporary society. Litchfield has recorded memories and preserved stories that are not currently valued at all. But once decay tourism kicks in don't worry, the peeling paint will be artfully repaired, and a souvenir shop will be built nearby. Until then Soviet Ghosts lets you visit these empty, abandoned scenes without having to deal with security guards and police.