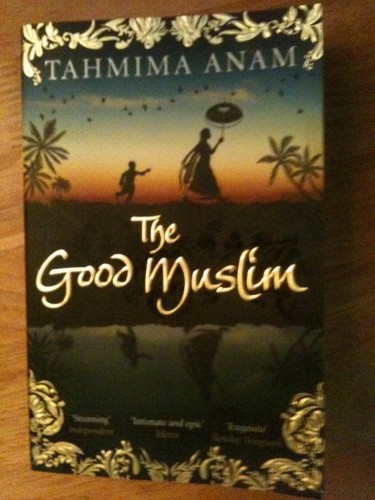 In his 30 point Belief and Technique for modern prose Jack Kerouac exhorts writers to ‘Believe in the holy contour of life’ and to be ‘Writer-Director of earthly movies Sponsored & Angeled in Heaven.’ It seems almost impossible to dream of a modern, adult novel that contains no element of spirituality or moral questioning. Yet many (if not most) modern writers seem to deliberately avoid writing about religion, and certainly avoid talking about writing about religion, even if they accidentally find themselves tied in knots by the spiritual lives of their characters. In a world in which religion appears as a driving force behind much that happens on the world stage, it seems absurd that so few novels (and not much more poetry or theatre) address questions of religion and the role it plays in today’s society. Why is this the case?

The first reason may be this predominance of discourse about religion in itself. The more a topic is worked over the harder it is to approach it with artistic ingenuity and to avoid cliche. It is also true, unfortunately, that a lot of the voices we hear discussing religion are from radical standpoints of one sort or another (radically pro-religion or radically-atheist). The majority of people are neither – the majority of people are earnestly seeking answers to their questions, and a way through life with the best possible results for themselves, those around them and the world as a whole. For some reason people from both sides of the religion fault-line (or from every side of the religion/atheist hexagon) all paint one another as intolerant and intolerable. Sooner or later we are all liable to start believing that, and thinking we too must be extreme if we are to enter into a discussion about religion.

It is true also that amongst artists and liberal-minded, educated people there seems to be what someone I know referred to as ‘a general atheist miasma’. From the ‘liberal press’ (whatever that is) we get a general sense that ‘we’ (whoever we is), don’t believe in God or gods, people who do are stupid and/or right wing (whatever that is) and that’s really all there is to say on the matter. As you can see this subject matter demands caveats and questions and careful wording. All of which are a pain if you’re writing a novel.

The third major reason I can decipher is the rise in ‘religious fiction’. This is not as big in the UK as is in the US, but these are books which purport to be true, to one level or another, such as The DaVinci Code, and the Left Behind  series and countless others. There is also a thriving, if marginal, genre of books explicitly fictionalising traditional theological concepts. In such a climate an author might feel it would be detrimental to write a ‘religious’ book for fear of closing off large swathes of the market (though it must be said some of these books are massive sellers, especially in the US).

And yet – it’s not true that religion doesn’t feature in stories being told today. In fact, I think we are seeing a resurgence of questions being asked about faith, if in fact they ever really disappeared. Despite the relative silence in literary fiction discourse about religion, it has featured noticeably in one form or another in every novel I have read so far this year (albeit not all of them were written recently). That can’t be complete coincidence?

One book which I think manages particularly well with the bleary edges and confusingly personal implications of faith is The Good Muslim by Tahmima Anam. This is a book ostensibly about religion, but which is really about family, freedom, grief, trauma, love and morality. Anam just understands that for many, if not most, of us religion is intricately woven into all of those aspects of life. On this planet religion is still intricately woven into every question we ask of ourselves as human societies. Whether we think it should be or not is neither here nor there, it isn’t going to disappear. And it hasn’t disappeared from literature. Whether we want it to be there or not, religion and it’s place in the world is screaming questions at us from every page, and we cannot help but write about it. The challenge is not to run from it, but to embrace it when it marches into our work, as it inevitably will at some point. What Anam succeeds in doing so well is in taking religion and holding it up to the light and then juggling with it; just when we think we have a hold on her characters and their faiths, they do something a little different to what we expect, because religion and faith are complicated, many many many stranded things. And just when we find a place that is acceptable or unacceptable to us, something edges in to cloud that view. What will distinguish literary attempts to write about religion in the 21st century from those ‘God Fiction’ books many writers are keen to avoid being teamed up with will be the ability to evisage difference.

As religion increasingly polarises the world, I long to see the space for discourse reclaimed, not just by theologians and clergy, and not just by the radical responding to the radical, but by all those in between who ponder and seek and write about religion, even when they don’t mean to. Of course, not every book warrants religious characters or religious themes, but religion – in the broadest sense of that word, exorcised from any creed or organisation – is a part of the richness of human experience, and a world of novels without it would only be poorer.

Should novelists write about religion? What are your favourite books with religious themes? Post your comments below.

2 Comments on Novels and ‘the holy contour of life’