A milestone in television comedy, SPITTING IMAGE lifted satire to a new level for over a decade through the 1980s and ’90s. SPITTING IMAGE: THE COMPLETE NINTH SERIES (12) is available on DVD from today, 8 July 2013, RRP £12.99. 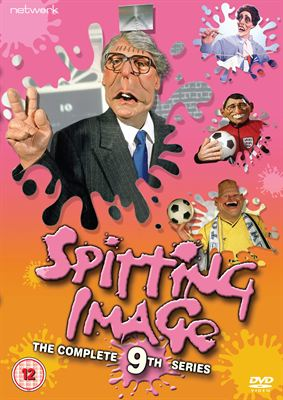 No target was safe from the SPITTING IMAGE spotlight: politicians of all persuasions, Thatcher, Nelson Mandela and even the Royal Family could find themselves up for a ribbing on any given week. In this series Kinnock goes missing in a bid to win over the voters, the Queen goes ‘street’ and Bros wonder why they’re not famous anymore.

BAFTA nominated many times, Spitting Image won a Bronze medal at the Montreux TV Festival in 1984, firmly establishing its success.

Get your copy of Spitting Image – The Complete Series 9