The Hooligan Factory is being released on 14th July on DVD and we’ve been given three copies to hand out to our readers. The Hooligan Factory aims to spoof films such as The Football Factory, Green Street and The Firm. Director, writer, and star Nick Nevern (The Sweeney, Mrs Browns Boys D’Movie) is joined by Jason Maza (Shifty, Rise of the Footsoldier), who also produced. 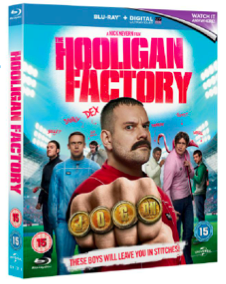 For a chance to win either:

Sign up for our weekly newsletter on the front page of The Flaneur and then just send an email to comps@flaneur.me.uk with Factory in the title.

The competition ends at midnight on July 11th after which we will choose the winner. You must be over 15 to enter.