Rome is a great place to wander the streets and enjoy the atmosphere. It has lots of large museums and sights that will take an afternoon or a day to see. But there are plenty of smaller sights worth seeing, many of them free. Here are a few worthwhile places to add to your route if you feel you want some direction to your walking. Try any of these suggestions to make your Roman trip even more enjoyable;

An ancient Roman temple that is still in use today as a Catholic church – even though its name means ‘all the Gods.’. Designed by Emperor Hadrian and one of the few churches with a gaping hole in the ceiling. 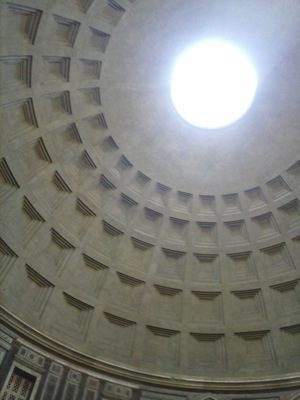 The concrete dome is still the widest such dome in Europe even though it was built circa 120AD. Yes the rain comes in, although that’s not the problem it might have been if the Pantheon had been built in Derbyshire. More often the sun beams in through the oculus and soaks everything in a fantastic, other-worldly light so different to all other churches with their fuddy-duddy ceilings and water-tight roofs.

This triumphal column celebrates Trajan’s victories in the Dacian Wars. Bas relief depictions of the army encircle the column, although unfortunately it is impossible to get close enough to make out much detail. The statue at the top was originally Emperor Trajan, as you might imagine. The current statue though is St Peter, who has stood at the top since the late 16th century. 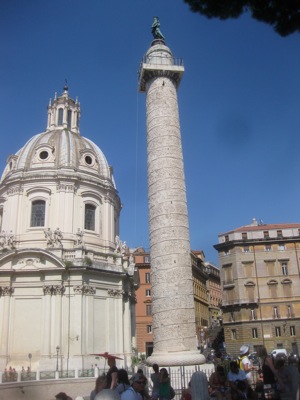 Yes it’s famous, yes it attracts hordes of tourists, yes there is a heavy police presence. Even so you’ve got to take a look at the Trevi fountain. Made famous by La Dolce Vita this is a whopping great fountain in a city of fountains – 26 metres high by 20 metres wide of watery Baroque madness. 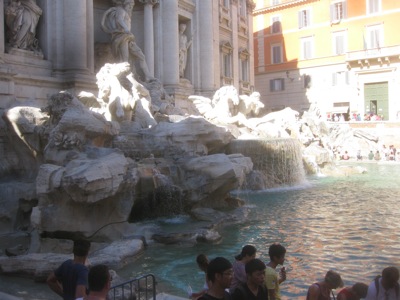 That’s the fountain. But look at the crowds. 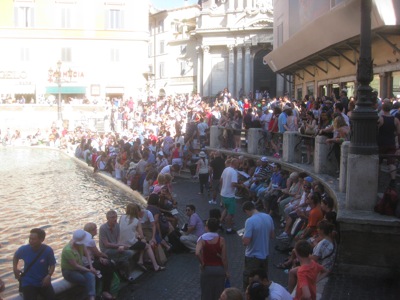 It does rather ruin the atmosphere, so just take a quick look and carry on your peregrinations around the Eternal City. 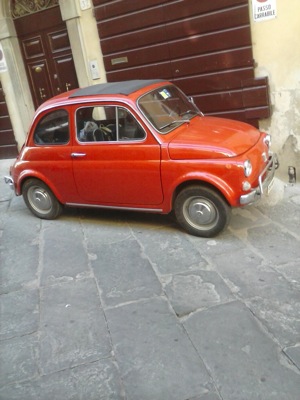 These great little cars are the best way for locals to get round town on four wheels. You’ll find them in all sorts of conditions and all sorts of colours, but every time you see one it will make you smile. Keep a count and take a snap of your favourites. 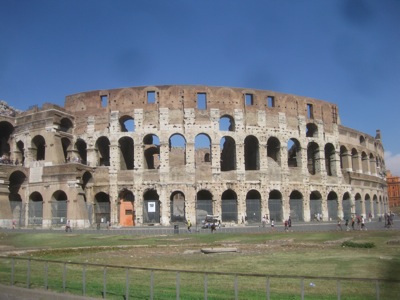 OK, it’s only free from the outside, but the outside is by far the best bit. Stunning remains from 80AD even though everyone in Rome including the popes have sacked it for marble and stone for centuries. The model for modern sports stadia around the world, walking around Il Colesseo is the best way to get a feeling for the scale of the grandest architecture of the ancients.