You can get to Italy by taking a two hour flight. That’s the sensible, time-is-money option. But for a more adventurous experience you can also take an overnight Thello sleeper train from Paris to Venice. It’s not quite at all the Orient Express but it gives you the unusual chance to go to bed in France and wake up thundering through northern Italy*.

The obvious problem for an Englishman wanting to travel by train to Italy is that the Thello sleeper starts in Paris; there’s always the Channel to complicate a Britisher’s travel plans. If you want to do the whole trip by train you’ll need to take the Eurostar to Paris to catch the Thello departure. That gives the opportunity to spend the afternoon in Paris before getting the overnight connection. It also means you have to be in two places on time, but surely that couldn’t be a problem..?

At London’s St Pancras station you can clear French passport control before boarding the Eurostar, so once you arrive at the Gare du Nord you just step off the train, get told off for taking a photograph and are in the centre of Paris. 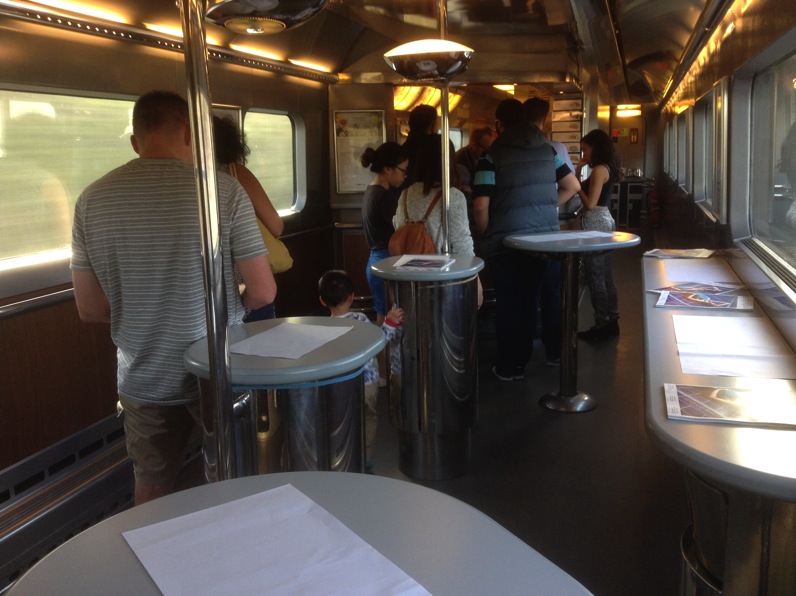 Queuing at the buffet

Twenty minutes before the train is due to depart the gates open. The carriage numbers for the Eurostar are not clearly marked on the side of the train and you might start to wonder how you know where to get on. Check the station floor – the numbers are printed on the platform.

In the standard carriages, there are only two pairs of seats with proper tables where you can sit opposite someone else. The rest are pairs staring at the seat back in front. The legroom is good and the flip down tables are spacious. The frayed seats are comfortable, some have a UK style plug socket, others a continental one. The free copies of bilingual Metropolitan magazine have some helpful information about onward travel in Paris. 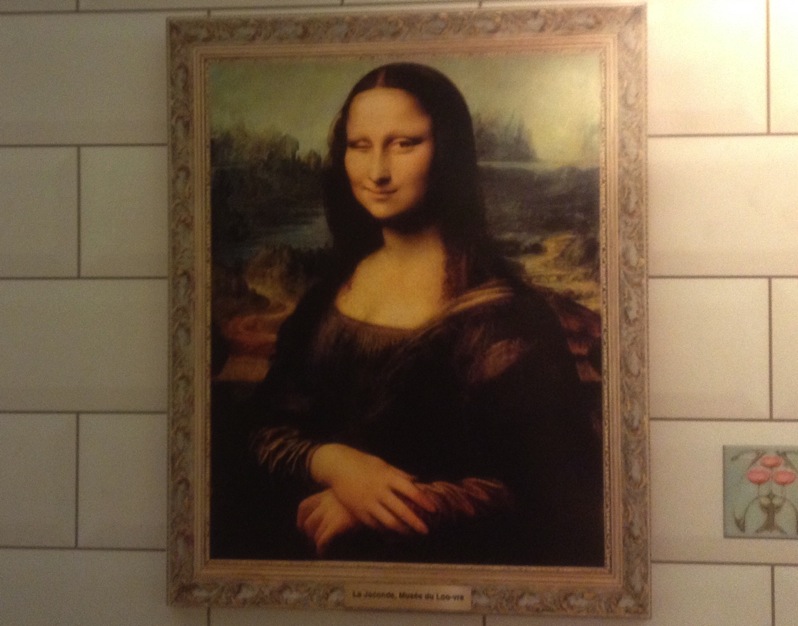 Lisa’s in the onboard lavatories

I’d like a big sign announcing You’re entering the tunnel and another, even bigger one to say Welcome to France. Instead I only knew we had crossed the Channel because my phone beeped and told me ‘Hi again, getting emails and internet abroad is WORRY FREE’.

The Eurostar is quick and you go from central London to central Paris without the hassle of airport transfers. But more importantly it allows the London to Italy journey to be completed entirely by train. You can leave your luggage at the Gare du Nord (head downstairs to the right of the station as you get off the train). Now spend an afternoon at the Louvre!

*After – let’s be honest – having already woken up several times whilst thundering through southern France and Switzerland – although it seems to be the moments when the thundering stops and the train comes to a halt that cause you to wake up.