The Eurostar from London had arrived in Paris at lunch time (see London – Italy by sleeper train part 1) and I’d spent the afternoon in the Musée D’Orsay. Somehow I had convinced myself that the Venice train was leaving from the same Gare St Lazare that Monet had painted. As I’d looked at the picture on the top floor of the museum I had wondered if any of the features would be the same. When I arrived at the station there was a similar pointed roof and it was still a pleasant station, if a little small for the crowds of people using it. 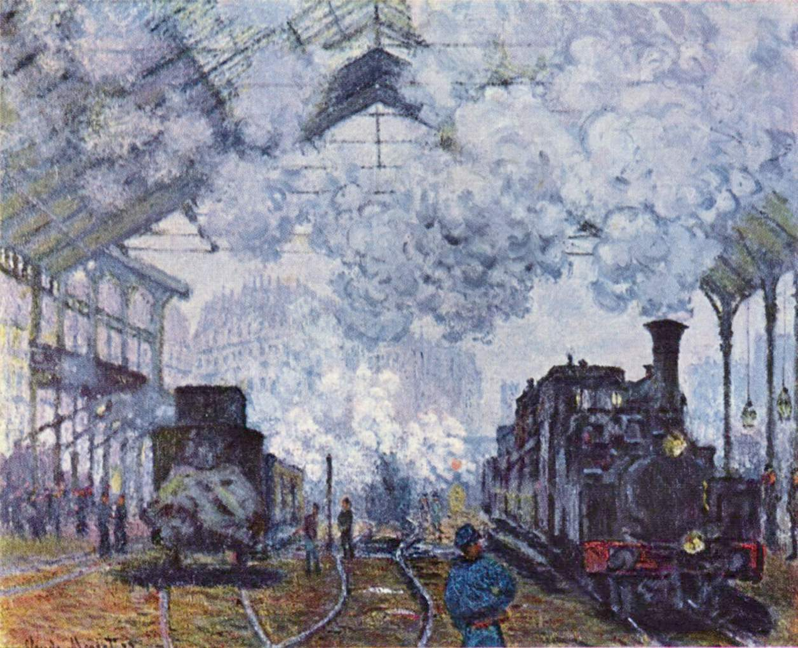 For Venice you do NOT want the Gare Saint Lazare, (as painted by Monet)

There were no clouds of steam and smoke as in Monet’s picture from 1877, but more worryingly there was also no mention of any train to Venice. I retired to the side of a hall to finish eating the enormous crêpe I had bought earlier and wait for the train to appear on the departure screens. Before I started eating I checked my ticket in a desultory, might-as-well-check-the-departure-time-once-more type way. Which is when I discovered my train departed from the Gare de Lyon. Not the Gare St Lazare.

As I was at the Gare St Lazare I decided to forego eating the crêpe for the rather more important job of getting to where I was supposed to be. The public transport map I had was full of extraneous detail and it was hard to decipher exactly where the metro lines intersected. Finding anyone to ask was difficult, but eventually someone recommended the purple line 14. This got me to the Gare de Lyon with time to spare, not just because the Venice train was delayed – something it would have been good to know before making the cross-Paris dash. 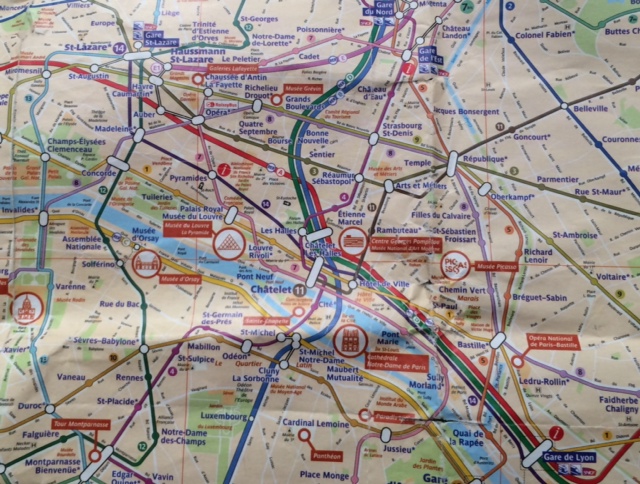 The Gare de Lyon is designed around halls. The train to Venezia departed from Hall 3, a subterranean place with no chairs where if you want to sit the only option is the marble floor. People intensely studied the departure screens as though they were NASA scientists watching a moon landing. Every now and again a few walked off as the platform for their train was announced. Eventually the Venezia Santa Lucia train was ready for departure. I joined the herd heading to platform L, wondering what sort of night’s sleep I was going to get.