The story so far…Our intrepid traveller has found his way to the Gare de Lyon to take the overnight train heading to Venice (Earlier episodes…part one, part two)

Travelling from London to Italy by sleeper train is still possible although it has lost most of the glamour it had when Agatha Christie’s detectives solved crimes on the journey across Europe. The Thello trains are basic, making the down-trodden sleepers used on the London to Scotland route look well-appointed.

Cabins are available with 1-3 beds or you can book a couchette in a compartment which sleeps either 4 or 6 people. The success of your journey will depend to a great extent on your fellow travellers. I had a berth in a 4-bed compartment with two quiet Italians and a pleasant American. There wasn’t much space though and as the 6-berth compartments are the same size it would be extremely cosy with five strangers. 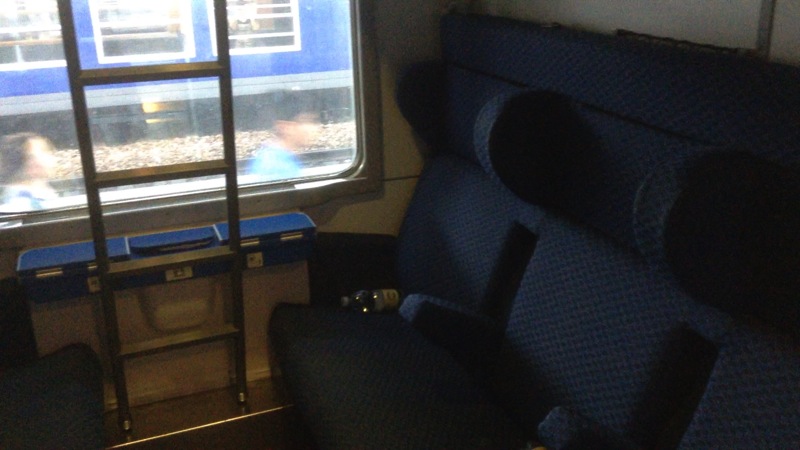 When on time the Thello leaves Paris at 19.59. At this stage the carriages resemble old-style UK commuter trains, with corridors along one side and seats facing each other in the compartments. It seems to be left up to the travellers to decide amongst themselves when to make the seats into bunks – and there are no instructions about how to do it. The top bunk is the best choice as it is always in position and – as can be the case with the bottom bunk – you won’t find other people sitting on your bed long into the night. 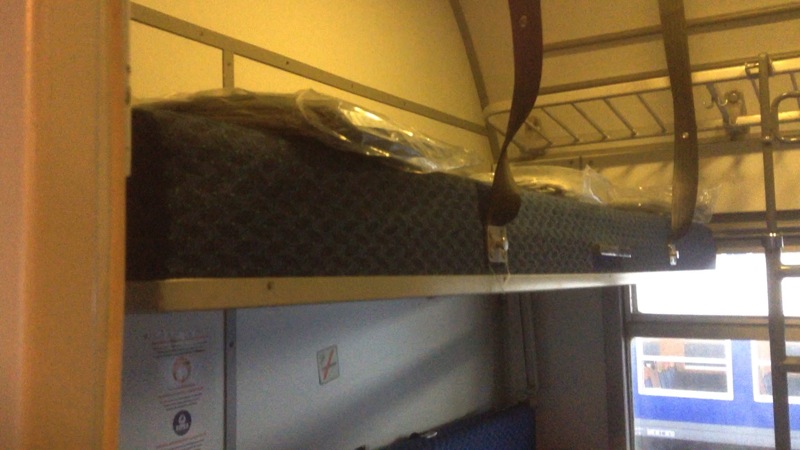 There is a little table under the window, and when the power comes on there is air-conditioning and two charging points for phones. Each traveller gets a complimentary bottle of water. There’s also a ladder that almost knocks your block off when you try and move it (it’s only gently hooked at the top). There is a toilet at each end of the carriage, and two separate rooms with basins. Grey sheets made from the sort of material disposable overalls are made from are provided to spread over the seats, which convert into narrow bunks. NB – even with only four people in the compartment make sure you pull out the middle bunk. It is made from the backrest of the seats and if this stays in position the bottom bunk will be too narrow for anyone with the usual number of shoulders. There is a restaurant car where you can get snacks and drinks whilst watching France shoot past.

The Thello sleeper train gets into Venice Santa Lucia at 09.35am, having stopped at Dijon, Milan, Brescia, Verona, Vicenza, Padova and Venice Mestre.

Is taking the train better than flying? It’s definitely more of an adventure, but given you have to take the Eurostar first, it costs more and takes much longer than flying. You have to to faff across Paris with your bags and you are unlikely to wake up thinking that was a great night’s sleep. But then you can schedule an afternoon in Paris. And if you fill a whole compartment with friends it could be an hilarious start to a vacation. But you’ve got to be prepared. Conditions are cramped and the whole experience is like high speed camping. Yet there’s still something oddly enjoyable about sleeping your way to Venice. Give it a go.

Tip: Turn your phone off, otherwise it will wake you up every time you cross an international border during the night to tell you about the new costs of phoning.

Book your tickets and find out more about Thello trains