As Thomas Houseago takes over both the North and South galleries of Hauser and Wirth London with two exhibitions “I’ll be your sister” and “Special Brew” it offers us a breadth of opportunity to further our understanding of his practice.

The North gallery stages “I’ll be your sister” which contains six large pieces of work, each quasi-figurative and varying in materiality from plaster to bronze.

One of the most impacting and interesting features of the work is how Houseago addresses issues of scale and monumentality, each work, although towering over the viewer is compartmentalized and assembled to create such a scale. Walking around the work you can see that the figures are hollow and easy to move, contradicting the whole notion of the monument and its enduring permanence.

Houseago uses quite a mature sculptural language, one that strongly references its history. His work then further evolves and modernizes its articulation with the execution of his aesthetic. Through his globby application of a finger like plaster patchwork and with the exaggeration and distortion of the figures Houseago manages to create an absolute and individual aesthetic.

With his materiality Houseago’s work exists somewhere between the back stage production area and the front stage of performance. Again, through his maturity of language we see production mechanisms such as metal rods in ‘Striding Figure II (Ghost)’, wooden planks in ‘Walking Figure I (City)’ exposing the structures support and Houseago’s method of production allowing no space for illusion or falsities.

For Houseago balance is also a well executed concept, his composition of surface, of flat and smooth contrasting with the heavily textured (Striding Figure II – Ghost) or the concave shapes of eyes retreating into the work alongside eyes left on the surface (Column I – Lighthouse).

The physicality of the work on display is eminent. Although the works are large and confronting, they are made by the human hand, the trace of humanity in the pieces is perhaps what grounds them from becoming un-relational and too far fetched.

‘Special Brew’ is the second exhibition on show and housed in the South Gallery. This show continues with works addressing the body and his execution of compartmentalization is further evolved in ‘Sleeping Boy I’ .

‘Special Brew’ takes a more literal aesthetic to sculpture and its history with a series of reliefs employing the same techniques used in his previous freestanding works, but with a more obvious antiquity and homage to the past.

Both exhibitions showcase Houseagos practice and have the ability support layers of conversation, this, alongside his signature aesthetic make for a successful show. 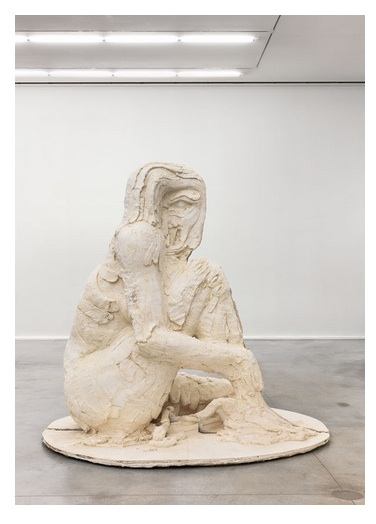 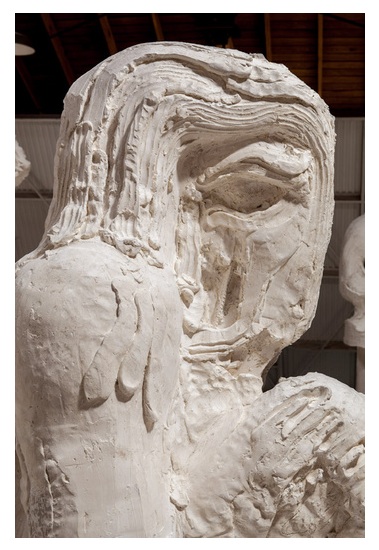 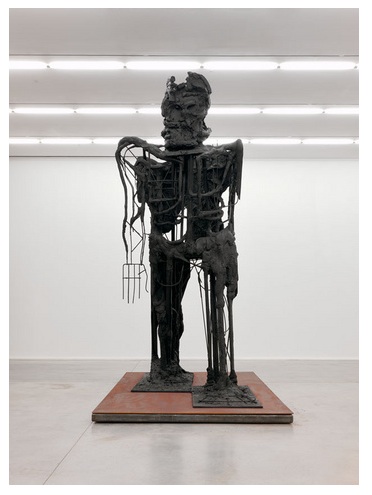 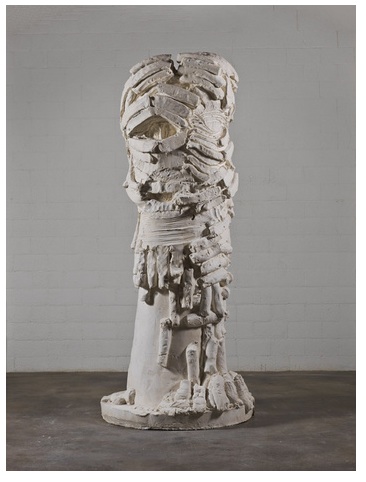 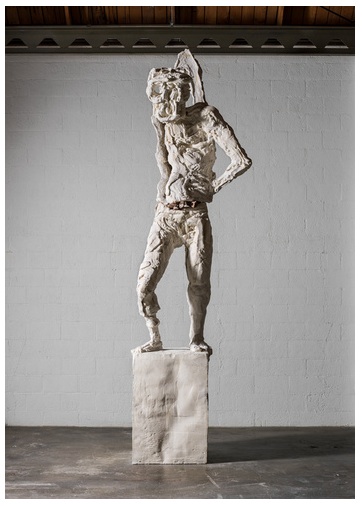 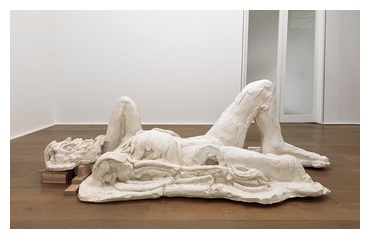