A one-woman show of Richard III?! This sounds worth checking out as your first theatre trip of the New Year. 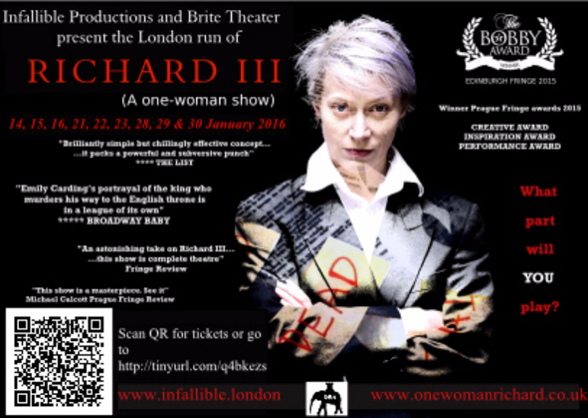 Coming soon the London debut and run of the award-winning Richard III, a one-woman show, which is going to take place at the new London, civic performance venue Draper Hall (SE1 6TL). Broadway Baby liked it…With her powerful physicality and nuanced, mesmerising speech, it is Emily Carding’s name, and not just Richard’s, that stands as a tower of strength’.