To celebrate the much-anticipated return of the BBC’s British crime drama, Luther, a mural has just been revealed at Shoreditch High Street.

To coincide with the return of the detective series, the producers of the BBC hit show teamed up with Allez! Studio to create a large mural depicting an iconic skyline from the Luther credits. 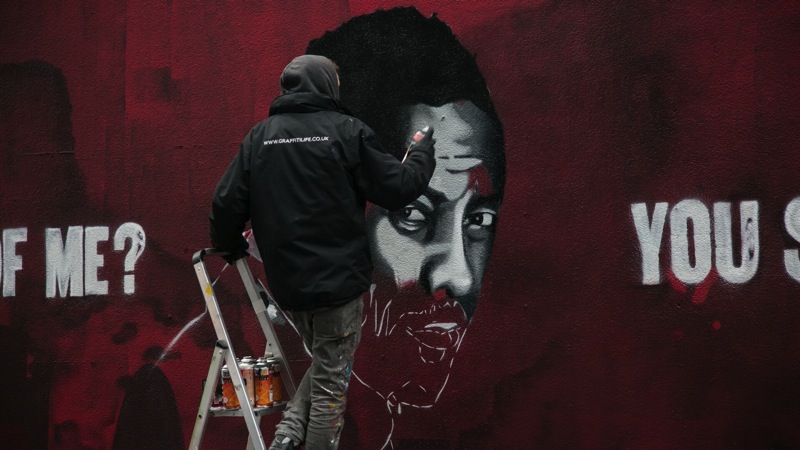 Allez! Studio enlisted the help of Diabolical and Graffitilife to creatively capture the heart of Luther in the 12 metre mural. The teams of artists started work on Saturday and the big reveal took place just as Luther took to our screens for a two part special.