French often sounds better than English and Mardi Gras sounds undeniably more exciting than the British equivalent Shrove Tuesday. This may explain why it has been easily assimilated into the UK party calendar at a time when celebrating Christian festivals in general and Catholic French festivals in particular is not a priority. La Toussaint means nothing to people born this side of La Manche and no matter how delicious the cake with which it is marked, la Fête des Rois is ignored. But the excesses of Mardi Gras have been embraced by the folks of Albion, even if the majority of revellers are no longer preparing for a 40 day Lenten fast.

London’s 2015 Mardi Gras party began with a parade along the South Bank with costumed dancers and large puppets from the Krewe de Boudica and Shotgun Carousel. The good-natured, bead-necklace-handing-out mob swung to the tunes of Kansas Smitty’s band in a second line inspired by the hedonism of New Orleans. Unfortunately the revellers had to contend with the freezing conditions of sub-polar London. I don’t think I’m the only one who would happily sign a petition to move Mardi Gras to June.

Having raised the spirits of passersby and made it into hundreds of tourists’ photo albums the melange of singers and dancers headed to the Leake Street Vaults for a shindig of feather adorned, high tempo dancing. Corsets, abs, gold body paint and coats of tinsel featured on the dance floor whilst Smitty’s eight members performed some adept Basie-inspired swing arrangements on, amongst other instruments, sax, drums, bass, guitar and trumpet. Informal and unpretentious these musicians aim to put danger back in jazz. To be honest I have felt in more danger than I did whilst listening to them play – driving in Naples springs immediately to mind – and rather than danger they’re really adding buckets of gamboling fun.

Grungy, and not the kind of place you’d take the Queen, the Vaults is where London’s bohemians hang out. If you like your nightlife high-rolling with concierge parking it’s not for you. Approached along a tunnel of graffiti, during the Vault festival the darkened arches under Waterloo station are host to all kinds of artistic and theatrical jiggery-pokery. Some of the rooms are unadorned, some damp, all have something of the 19th century Montmartre vibe that was so attractive to Baudelaire and Toulouse-Lautrec. 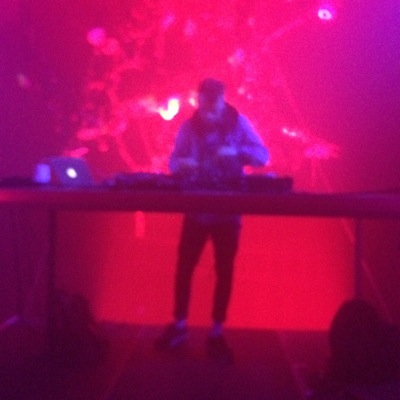 The Mardi Gras party was helped along by a DJ in one red-hued arch, whilst Shotgun Carousel performed something exciting – judging by the length of the queue – in another. Performed to one person at a time the queue didn’t move quickly and I can’t report what went on behind the black door. If anyone experienced it, get in touch.