All the best trips to Scotland include a boat trip on the famous Loch Ness. After all who doesn’t want to be the person who snaps the definitive photograph of the monster?! Jacobite run several different cruises on Loch Ness which allow you to cruise along the Loch and visit or view Urquhart castle. You can see all the different options here. We chose the Freedom tour which includes an hour’s cruising along the Loch and an hour at Urquhart castle. 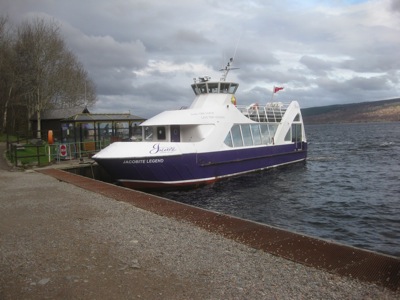 Loch Ness is almost 23 miles long and is Britain’s second largest expanse of fresh water – second only to Loch Lomond in surface area, although by depth it is much bigger. Loch Ness reaches depths of 230 metres, which may explain why Nessie is seen so rarely. We boarded the Jacobite Legend at Clansman harbour, nine miles south west of Inverness. This is a modern boat with an open plan interior that can take 100 passengers, the large windows giving everybody great views of the Loch. There is also a large outdoor upper deck, and a smaller area at the front where you can view the Loch and brave splashes from the water. The boat has toilets on board and a selection of drinks and snacks are available to purchase. 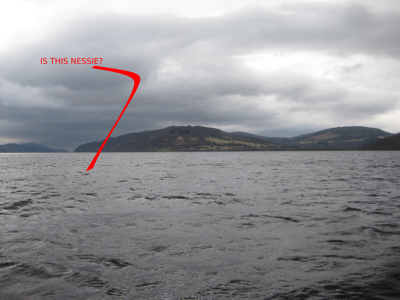 The waters of the Loch are very dark owing to the high peat content of the surrounding soil. Throughout the cruise interesting information is broadcast about the Loch, the wildlife and history, including details of an ill-fated attempt to break the World Water Speed record by John Cobb in 1952. Our cruise stopped at Urquhart castle for us to explore the ruined fortress. Located on the Western coast of the Loch just south of Drumnadrochit, whoever controlled the castle controlled the whole of the Great Glen. As might be imagined it was much fought over, before finally being blown up in 1692 by retreating Royalist soldiers to prevent it from being used as a stronghold by Jacobite rebels. 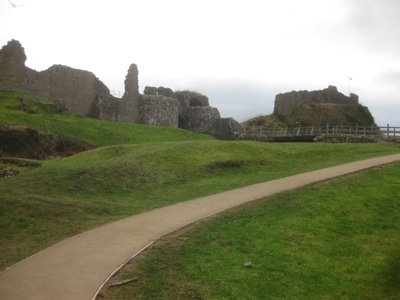 There is much of the castle remaining, with informative boards telling you what each part of the castle was used for. A visitors’ centre contains some finds from the area, including large stones that would have been hurled at the castle using a trebuchet, or large catapult. There is even a modern reconstruction of a trebuchet on show by the castle. 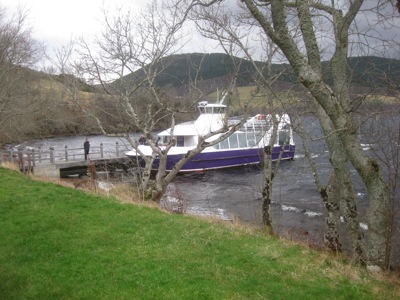 After an hour at the castle we reboarded the boat to finish the cruise. The weather was slightly windier and spray from the Loch became a hazard for those brave enough to stand at the front of the boat. Loch Ness is a majestic place with the deep waters surrounded by mountains, and the ancient castle to look at. It’s also possible to see birds and wildlife. Oh, and we did see Nessie… 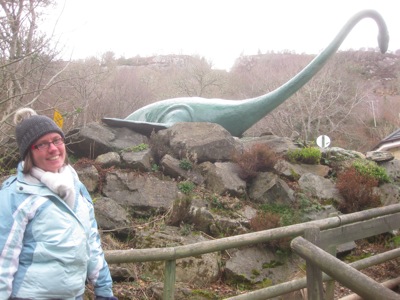 More information and to book cruises on Loch Ness