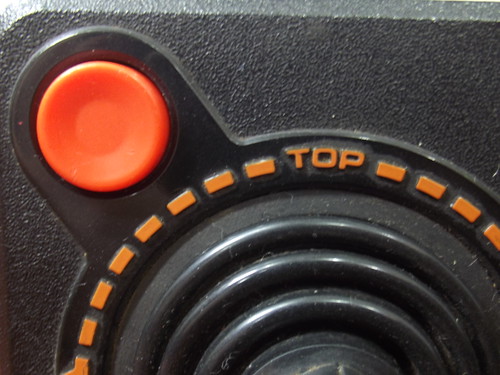 I’m Tom Bunting, The Flaneur’s new Video Game editor. Now, I know that some of you are rolling your eyes at the suggestion that The Flaneur needs a “video game” editor. Maybe you think  video games are nothing more than children’s toys, maybe you think they turn young boys into sex-crazed killing machines, or maybe you just don’t care about video games. Well, I’m here to change your mind.

Video games are at an interesting point in their cultural life. In many ways, they have entered popular culture and acceptance, with  Call Of Duty selling millions upon millions of copies and games like Red Dead Redemption gaining mainstream attention for it’s Oscar-worthy plot. And yet, they still aren’t recognized as art or even respected as entertainment by many luminaries, including the otherwise brilliant Roger Elbert. Some politicians even call for the banning of video games, with arguments more based on misinformation and delusion than fact.  I think the best comparison for the current state of video games is the position comic books found themselves in back in the early 1950s; popular, but not respected.

This is a true shame, because in many ways video games are the most interesting form of media we have. The interactive nature of these games allows for some strong emotional connection to the main character and the environment they inhabit, and there are many brilliant artists doing fantastic things with the medium. People like the artists at Rockstar Games are a great example, their products like Grand Theft Auto 4, Red Dead Redemption, LA Noire, and more recently Max Payne 3 take the audience to fully realized setting and tell an emotional and impactful story that wouldn’t feel out of place in a Scorsese film. But storytelling isn’t the only interesting thing about this medium, sometimes games don’t need an amazing story, sometimes games can just be a ton of fun. Studios like Popcap Games prove that, with their series of ingeniously addictive puzzle games like Bejeweled, Peggle, and Plants Vs. Zombies. And those are just two examples of artists doing fantastic things with their medium, there are so many more.

But let’s step back for a second and talk about you, the reader. Let’s be honest, you are reading a blog whose motto is “For the cultivated stroller of city streets”, you are probably pretty smart and cultured. And you probably don’t know a whole lot about video games. I have been given the fantastic opportunity to share with you the medium I care oh-so-much about. There are plenty of other websites where you could read about video game, but I want to appeal to your intelligence and love of culture. The articles you’ll find from me, and hopefully a team of talented contributors, will focus on the games and their culture, with a focus on smart, long-term features. We’ll write about the games themselves, obviously, but from time to time we’ll write about the intersection between video games and other media. Maybe we’ll interview a musician who uses a Gameboy to create music (that actually exists, by the way, and it’s pretty insane) or maybe we’ll review a book based on a video game. The possibilities are damned near endless. And that’s really exciting.

Things are going to be slow at first, so bare with me. As you’ll reading this, I’m probably searching for contributors to write interesting features and reviews. The Flaneur has always been a place for creative people to share their perspective and ideas, and I don’t intend for that to change for it’s gaming section. In fact, in you are reading this and have some ideas for a possible article, you should contact me and we can work something out.

I should probably wrap this up. I really hope you’ll give me, and video games, a chance. I know it’s something new and I know a lot of you probably don’t know much about them, but this medium has gotten to the point where it’s too interesting to ignore.

And hey, isn’t it always fun to learn about something new?

P.S.: Still have an idea for an article? Contact me at BUNTING1243@gmail with the idea, past writing experience (if you have it), and some information about yourself. I bet we could work something out.