Wara are a little tricky to describe. For a start there are – let me check – nine members – three girls and six guys. Get that many people up on stage and you know things are going to be exuberant. You could call them Cuban, but their influences range across the continents and their main vocalist is Congolese-Argentinian Juanita Euka, niece of legendary Congolese musician Franco. There’s also some salsa, funk and soul in the mix as well as a soupcon of dubstep. The lyrics are in English and Spanish. There are not many cities where all this could have come together and it is little surprise that Wara is based in London. 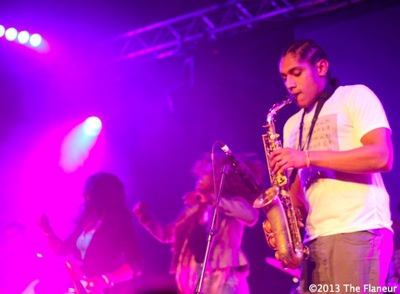 Few are the gigs where a singer announces ‘This song is about immigration restrictions!’ but Wara are not just about shaking your booty and having a party. They have a political edge which the band’s MD Eliane Correa brings to the fore, announcing matter-of-factly that another upbeat song was about police violence. Between her timba-inspired riffs on the keyboard her commentary on the evening’s proceedings was refreshing and amusing and she soon had the Hay crowd standing up and dancing in the aisles. She has said “The world may not change because of a song, but music can raise awareness – so if you have a microphone and a stage, then say something that matters. We are living in political times and it’d be a shame not to spread a message”. This Wara certainly does.

The large band filled the stage with keyboard, bass, drums, sax, guitar and percussion. Another song was introduced with frightening statistics that in the early 1990s 10,000-30,000 people drowned trying to escape from Cuba to America on make-shift rafts. Thinking Miami was nearer than it was they perished in the rough seas. That doesn’t sounds like the set-up for a fun song, but you soon learn that Wara’s music plays with its subject-matter and the two can be seemingly at odds. Listen carefully and that sweet jazzy-funk number might in fact be about sham marriage or emigration. 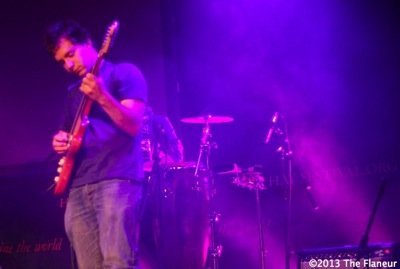 MC Murmur wandered between the musicians as he rhymed his lyrics. Greg Sanders picked neat solos and Correa kept control of the ensemble, the two female vocalists Juanita Euka and Nana Clara working the stage and dancing wildly for the length of the set. And beyond – as an impassioned plea for an encore brought the band back on stage for one more reggae (or is it hip-hop, or is it rumba…) inspired tune. 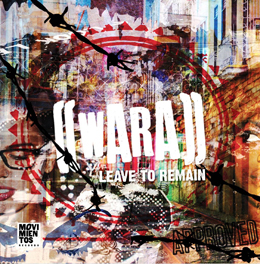 The band’s debut album “Leave to Remain” is out on June 3rd  2013 on Movimientos Records. Click here

Wara is an effervescent band which is out to change the world. They have an eclectic upbeat sound that threatens to get even the most staid English gent up and dancing. How can I make such a bold claim? I saw it with my own eyes at Hay festival.