As well as taking-in the insane music line up and the cream of international skate and BMX athletes going head-to-head on one of the industry’s best courses, festivalgoers can now also immerse themselves in a plethora of exciting interactive activities and projects on offer at NASS for the first time this year. 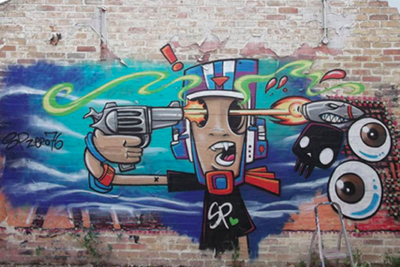 Providing further stimulation for the die-hard NASS fans, the elite in UK Street Art will be displaying the very best that UK street art has to offer. NASS have called upon three artistic geniuses including Bristol based graffiti wizards SP Zero and Loch Ness and psychedelic street artist Dom Williams to showcase their versatile illustrations and digital art techniques. 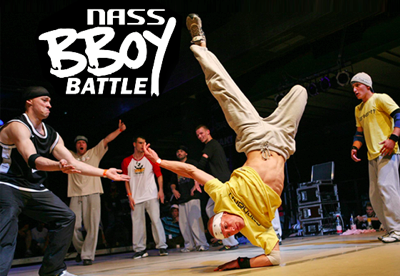 If that’s not enough, this year NASS will also be wowing visitors with its first 2 on 2 B-Boy battle featuring the UK’s top B-Boys. Prize money is up for grabs plus a variety of Relentless Energy Drink goodies for the winners and the runners up. The battles will be judged by 2006 world champion B-Boy Mouse, Lil Tim and Soopa J plus the 2012 UK Beat Box Champion ‘Hobbit’ will be hosting the battle and performing an exclusive live set. 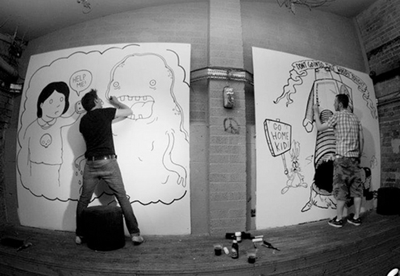 Saturday brings live installation in collaboration with Secret Walls, the worlds premier live art battle. Ten artists will battle it out head-to-head to the sounds of their live beatboxer and MC host Reeps One. Recruiting eight up-and-coming artists to pick up their pens and represent Secret Walls, Tim Vee and Darren John from Secret Walls x London, will lead their teams in creating the best battle piece with only black markers and paint to show the crowd what they have and kick the other team out of the water. To be in with a chance to take the stage as a Secret Walls team head to www.nassfestival.com.

Whether you are going hard at the main stage, watching in awe at the Pro Park or taking in the incredibly talented live art, street art and B.Boys, there won’t be a moment that you are not enthralled by all that is on offer at NASS 2013.

This one should be fun.