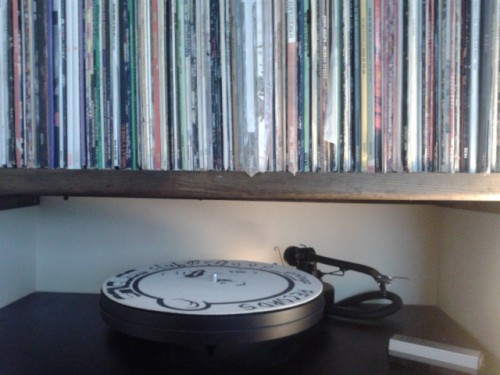 DIY creativity is not new, but it’s having another moment in the spotlight. The great thing about DIY is that it has no one scene, but bunny-hops eras – a metamorphosising zeitgeist that can be moulded to the times a-changing. Sometimes it gets swallowed up by the hip – the people drawn to the underground simply for street cred & Instagram opportunities. But DIY always escapes the scenester stranglehold. Not because it’s afraid of selling out, but because it can’t sell out. When it signs to EMI, casts Orlando Bloom in it’s lead roll, gets nominated for the Turner Prize or gets reviewed in the New York Times, it’s no-longer existing purely on the passion of the author. There is not a thing wrong in earning a decent living from your creative talent. It just isn’t DIY if you’re getting an advance.

It’s easy to sound pretentious & self-indulgent when disscussing DIY creative practice, something I’m more than wary of here. But take a look back. Punk is most often cited when discussing the topic because of the culture of artists, bands & venues all working together, to not only put on gigs, but to promote & discuss & celebrate through zines & so-on. But look at the original Hip-Hop scene, much of it tied up with the origins of New York Subway Art, look at the Beat Generation, the Romanticists in literature & art, and then flash forward to filmmakers like Shane Meadows who spent years cobbling together films with the help of friends & strangers.

DIY is what happens when people without money or influence decide to make the work they love to make anyway. It’s what happens when the music scene & the writing scene & the photography scene all start realising they need each other. DIY is an ecosystem. You can make things by yourself in a scruffy bedsit & many do. But you only start to find an audience when you knock on the flat next door (or in the modern age the blog next door) & find out they’re up to something you really admire.

I’m currently involved in a project for the DIY scene (in its many splendoured forms) called Memories of the Future. The theme is analogue meets digital — a show-not-tell discussion on their relationship. The more I chat to people about it, the more it seems that they aren’t enemies. The old being tarmaced over by the new. The economy of digital technology seems to be helping the resurgence in traditional ways of making things — the book as objet d’art, the vinyl junkies looking for a hit, the polaroid & pinhole fanatics. With few overheads small music labels can make a trickle of profits from digital music sales which can be re-invested in pressing vinyl & putting on shows. Writers can discover a fanbase for their self-published ebook, meaning they can afford to take it to print.

DIY yet again, is flexing its muscles in the changing financial climate. Niche audiences are becoming easier to find, word-of-mouth is no-longer just two sweaty punks shouting at each other in a smoky club.

Memories of the Future addresses these issues directly, because it aims to bring people together to celebrate, to sell work, to exhibit, to talk. It’s a project run by independents, for independents. So get involved, whether you are audience or maker, or like most of us, a little bit of both. We are DIY… A.R.E. Y.O.U?